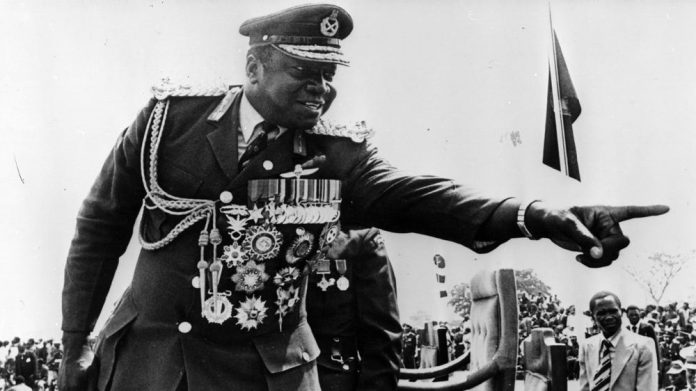 You have any non-African friends, right? Ask them what they think of Uganda. The answers you may receive will be related to poverty, AIDS, Ebola, hunger, tribalism or animals. Their faces will turn sorrowful and sympathy might linger in their eyes. They may give an example of how they helped to “Save Gulu” by donating to the “Kony 2012” campaign or dreamed of adopting a “Ugandan orphan”.

Most likely the view of the continent is that it is not a continent at all, but one large country, where everyone speaks the same language, eats the same food, wears the same type of clothing, and creates the same type of art. Yes, in their eyes, “Africa” is a homogeneous place of simple people with simple activities.

Mainstream media and educational system constantly feed our minds with this type of negative information on Africa. As a consequence, the average white person has a very narrow-minded image of the continent, filled with lions, malnourished children, corrupt officials and rebels. We rarely see or hear anything different and therefore see such images as the truth. But, for someone who has never been to the continent, can they be blamed for this ignorance?

There are mainly two sorts of Africa that appear on the media, the human Africa riven with poverty and violence, and the Africa of wildlife documentaries where humans hardly appear. There are the occasional travel documentaries but even here there seems a lot of emphasis on poverty and the primitive nature of just about everything.

The effect of the above perceptions, is that it leaves the world thinking that Africa is a dark continent already lost in the jungles of primitivism and barbarism. It makes Africa at the center of stereo-typing and it also makes us to be branded as an inferior race in the world thereby even affecting our self-esteem.

Because of such, we wonder whether  we should be annoyed with non-African journalists who broadcast embarrassing images of poverty in Africa, or at the African governments who tolerate and often create such misery in the first place? Much criticism has been leveled at western media for negative coverage of Africa. They have been accused by some of ignorance and racism. In many cases, this criticism is justified.

But why do many Africans, feel so strongly about how Africa is portrayed in western media? After all, the average Brit or German doesn’t give two hoots how their country is covered in say, Nigerian or Kenyan media. Europeans are not emigrating to Africa in large numbers so they simply don’t need to care how Africans view them.

Perhaps we should ask you, Does the whole of Africa have this demographic problem? Why do you focus on the slums and not on the positive stories? Why search out the most miserable environments to film in and continue propagating negative stereotypes of Africa as a nest of poverty and problems?
But as proud Ugandans,  we also know news media in general (African included), tends to focus on the negative and not the positive. Bad news sells well. People feel better about their lives when they hear others have bigger problems than them. A European who’s unhappy he can’t get a mortgage, will, however unwittingly, likely see his life in brighter lights after watching footage of people with no electricity, no running water and little food to eat.

It’s important to challenge the negative images and the perceptions circulated by the media particularly; whether in films, books, news, and academic reports. It is vital to report, complain, blog about it. Challenge and object to it with whatever means you have. A pen or a keyboard is the most powerful tools. We are not just rebels or victims awaiting international aid or assistance for our children to be adopted by a wealthy celebrity who will parade them. We are – just like every human being – complex characters journeying on this planet who deserve dignity and respect.

Of course, there are many different and often positive stories to be told from Africa’s 54 diverse countries. But the continent currently has no microphone of its own on the global stage, no loudspeaker with which to tell its stories the way it wants them told. It has to wait in line hoping others lend it theirs from time to time. That won’t do.
Al Jazeera has succeeded in giving Arabs a voice on the global stage the same way BBC and CNN have succeeded in giving a voice to the British and Americans respectively. Where is Africa’s answer to Al Jazeera, BBC, and CNN?

If we Ugandans do not stand up to tell our own stories and positive stories about Africa as a whole, then we will forever remain misunderstood, misinterpreted and not respected. We will not only be untrue to ourselves but putting the future of our country at risk as the late Bob Marley once said… “ Emancipate yourselves from mental slavery because none but ourselves can free our minds!”