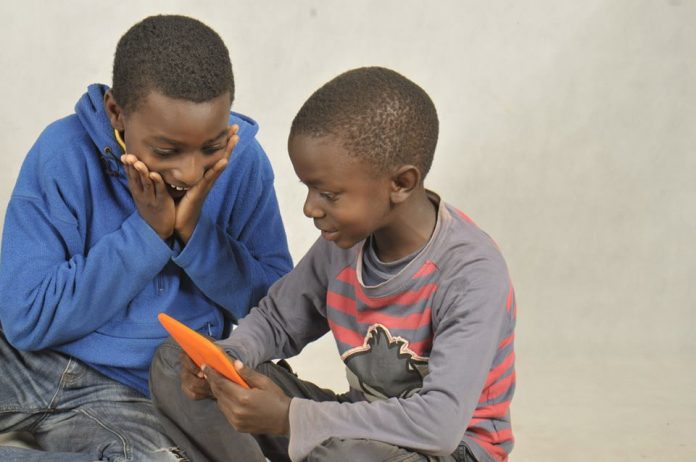 Mbanda Shyaka is an enthusiastic entrepreneur whose conviction is that Uganda needs to go towards the 21st-century thinking through education. Shyaka is working hard to teach Ugandan children programming and robotics through his company the Tod-Idea – TOD means Teachers on Devices.

“During the industrial revolution, an education system was fashioned to create factory workers. Those workers were supposed to listen to instructions, be compliant, and on time. They were never trained to think for themselves. If you dared to think for yourself in a factory flow you could really mess up things. So our education system was created along these lines hence the bells and parade. This system churns out people that are workers in a factory setting. Unfortunately, we are no longer in that industrial revolution age. We are now in the information era where you have to be a critical thinker and ask questions because ideas are trumping. Ideas are very powerful. Critical thinking is the ability to ask why continuously.” Shyaka says.

We are living in the information age. So the Tod-Idea couldn’t have been more expedient.

“I graduated in food science 15 years ago. In the past, that information used to stay with you and it would be relevant for a long time. Right now, things are continuously changing. In six months, Apple Inc. will have created another version of the iPhone. Uganda needs people that have the desire to learn how to learn. So that we are able to continuously seek new information and ideas.”

“We are teaching children to have computational thinking skills and a problem-solving mindset. We are convinced that if children become problem solvers, risk-takers and critical thinkers then entrepreneurs are born. To be an entrepreneur, you must be able to identify a problem, see the size of a problem, identify the tools available to solve the problem and then package that tool in a way that society will pay you for it.”

With the looming youth unemployment, this is timely.

Shyaka has trained his two sons. Neeza 8 and Ssuubi 12. His children are evidence that the Edutab works exceptionally. Suubi who runs a YouTube channel hopes the next five years he will be into creating apps that solve challenges in his community.

“Edu-tab is a fun tool to learn with. I use it to study and learn new things. I only go to the Edu-tab when I have helped with housework and after lunch.” 12-year-old Ssuubi says.

It’s been an uphill task for Shyaka just to change mindsets of parents and teachers that think that education is in class with chalk. Many schools have slammed doors in his face claiming that they are already teaching ICT. The ICT curriculum in Ugandan primary schools is limited to learning about a mouse, space bar, Microsoft word and all those things that children can learn on their own. So Tod-Idea is creating a cohort of kids that will not just learn how to use technology but create technology.

“One of the greatest challenges is the lack of appreciation that the Edutabs can deliver education. People can’t wrap their minds around that. Even those that have the money look at it as a toy. They insist on having us install more games than educational materials. Yet we have hundreds of math and science videos on the tablet. The tablet gives the child the luxury to rewind their teacher and pause. Allowing the child to master the topic. In my opinion, this is better than being in class.”
Edutab is different from the other tabs on the market because Shyaka and his team have invested time in research, uploading educational materials, they have held discussions with teachers on relevant topics and before the parent can take the tab, they offer guidance on how to use the tabs and how to monitor their children.

“We are educationists who are competing with traders. Their tabs might even be cheaper. Most parents that rush for them often come back to us after realizing that they bought junk” Shyaka Says.

The good news is that some schools have embraced the Edutab. For instance, the headmistress of Arc Primary School decided that the Edutab is a compulsory club in her school

Unfortunately, the users of the Edutab are the privileged children. Shyaka hopes to work with local communities, development partners, and the government of Uganda through the Ministry of ICT to help in scaling up the use of Edutabs to take this technology to the children whose parents cannot afford an Edutab.
“We would like to make it bigger but we have to be realistic since we are profit-driven. We hope to cover over 10,000 children in the next five years. It could scale up if the government was willing to take it on to the schools around Uganda. And as long us the government doesn’t appreciate programming in schools and take it on as a subject we shall remain like a club.”
Shyaka thinks that if Uganda had more people thinking outside the box, then perhaps more companies would be built to create more taxpayers, more people employed hence increased household incomes and a progressive economy