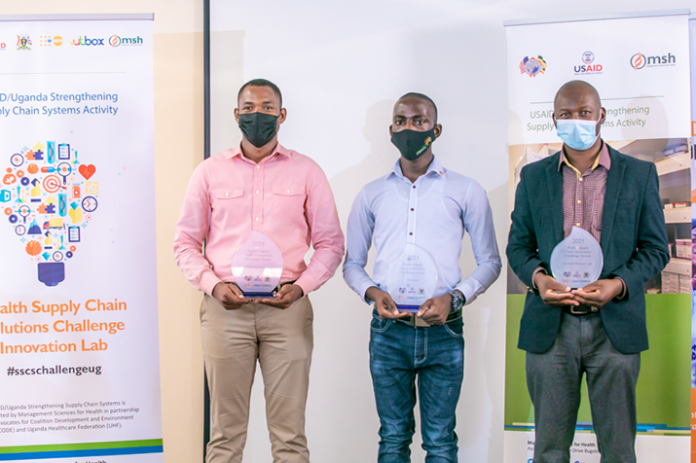 Health centers in Uganda face a serious shortage of drugs, many of the essential drugs, and this has always continuously caused a deep concern amongst citizens and health workers, and development partners alike.

These challenges could be attributed to the shortages in budget allocations by the Ministry of Health, or the lack of clear monitoring of drugs distribution in health centers spread out across the country, among other reasons.

For example, Daily Monitor quoted a June 2015 report by the Budget Monitoring and Accountability Unit of the Finance ministry that paints a grim picture of public health facilities. The report shows that for a whole year, more than 90 percent of public health facilities reported non-supply of ordered medical items, including drugs and stationery. Close to three years later, the perennial problem of drug shortage has not been resolved.

DrugDash a Ugandan startup is trying to solve this problem.

DrugDash is a decision support system that is enabling health centers and drug distribution players to capture data on drug supplies and consumption so as to better understand consumption trends through easy-to-understand visualization tools that support accurate decision making.

“The application has two ends. It has a mobile end and web app. The information is fed from the mobile application on devices like tablets or simple Android mobile phones at the health centers where stock is taken, issues are recorded, and monitoring of the stock happens at the District Health Office where the web application sits.” Solomon Kahuma, the Software Developer DrugDash explains.

The data on medicine stock levels are viewed on a web application in simple graphs and other ways which are easier for responsible personnel to interpret and make informed decisions.

“We believe that more lives can be saved if the stocking of drugs in Government districts can be optimized. We must leverage technology to enhance decision making and ease coordination between the district health centers and the central government medical stores.” Joanitah N Nalubega the Project Finance Officer explains.

Therefore, DrugDash seeks to solve the problem of poor decision-making in drug ordering at health facilities due to underutilization of data collected and stored in paper forms, leading to poor stocking of needed within a community.

This was witnessed when the solution was deployed to ten (10) health facilities in Bukedea (Eastern Uganda) with support from the UpAccelerate initiative which enabled DrugDash to receive seed funding to develop and test out their solution in Bukedea District in Eastern Uganda.

“The current process has been a challenge because it is not easy to know which item is missing in facility X or which item is overstocked in Facility B but with DrugDash, this makes it easy for you to track the supplies.” George Akol the Medicines & Store Manager Bukedea District noted.

The mobile application is very easy to use because even with power shortages that render desktop applications in these facilities ineffective, the mobile devices can be charged and used anywhere.

In the end, DrugDash will save more lives by enabling better-informed decision-making and smooth coordination amongst the health centers that give people access to healthcare and the central drug stores.