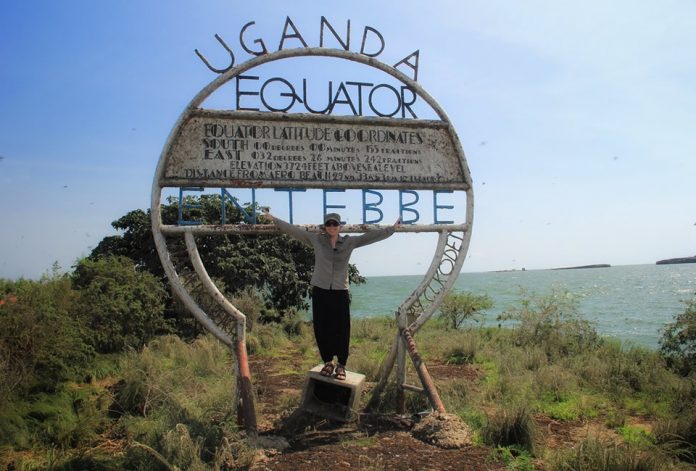 Uganda has a diverse and rich historical array of attractions. Here are the top 5 landmarks and monuments in Uganda, the Pearl of Africa;

The Rwenzori Mountains are the highest mountain ranges in the whole of Africa. Spread over  almost 1000 km2, the Rwenzori is a world UNESCO world heritage site. The ranges are characterized with 6 glacial peaks: Mount Speke, Mount Stanley, Mount Gessi, Mount Emin Pasha, Mount Luigi da Savoia as well as Mount Baker. The main peaks can be probably compared to those of Kilimanjaro and Mount Kenya. The park has glaciers, snowfields, waterfalls, and lakes and is one of Africa’s most beautiful mountain areas. The mountain is known for its beautiful plant life.

Also known as the Mountains of the Moon, it lies in western Uganda along the Uganda-Congo border. The equatorial snow peaks include the third highest point in Africa, while the lower slopes are blanketed in moorland, bamboo and rich, moist montane forest. Huge tree-heathers and colorful mosses are draped across the mountainside with giant lobelias and “everlasting flowers”, creating an enchanting, fairytale scene.

The Nile River flows through the northeastern part of Africa. It is the longest river in the world. The Nile is an international river with its drainage basin covering eleven countries throughout northeastern Africa. It is the main source of water in Egypt and Sudan. The Nile covers a distance of about 4,132 miles and has a drainage basin of approximately 1.3 square miles. The river has two main tributaries known as the White and Blue Niles. The White Nile is the headstream and the main stream of the Nile while the Blue Nile supplies most of the waters and silt.

Exploring the River Nile is one of the ideal places for a family vacations in Uganda that one can never miss. The Nile is one of the longest rivers in the world and ranks along with the Amazon River. One of the sources of this incredible waterway, you can see the start of the Nile at Jinja, which is about a two hour drive from Kampala through the Mabira forest.

While you’re in this region of Africa, it’s worth heading to see the start of the Nile River to imagine the important events in history and the countries this great river has touched before reaching to the Mediterranean Sea. This all starts in this region and you can visit one of the Nile’s sources. Visit the town of Jinja and find it here. This glorious river, which flows through eleven countries and you, will encounter it few more times during your Uganda travel.

You will enjoy some boat trips around the lake and a visit to the hydroelectric power plant at Bujagali Falls. The area around Jinja is also known as the adventure capital of East Africa. You can enjoy mountain biking, horse riding and other adrenaline activities or see its rich animal life on its shores in the Murchison Falls National Park. The town itself is also worth a visit to see some examples of colonial architecture.

Lake Victoria is the world’s largest freshwater tropical lake and sits as the jewel in the crown of the African Great Lakes region. Lying across the borders of Uganda, Kenya and Tanzania, this is where the Nile begins, which was one of the world’s most historically significant rivers. In other words Lake Victoria is the source of River Nile. The lake itself is home to some fascinating features, such as the different islands and reefs to enjoy. Around 200 species of fish and over 350 different birds call the Lake Victoria region home, which you can spot on some fascinating lake tours.

The most popular island to visit from Lake Victoria is Ngamba Island which is a home to a private chimpanzee sanctuary protecting orphaned chimpanzees. The sanctuary was set up by the Chimpanzees Sanctuary and Wildlife Conservation Trust and funded by a number of organizations, including the Born Free Foundation, the International Fund for Animal Welfare, and the Jane Goodall Institute.

From the Entebbe town you can experience the Lake Victoria region feel the breeze from the fantastic lake. Here you can enjoy the relaxing atmosphere and the botanical gardens, which are visited by many different bird species. You can also meet one of the sources of the great Nile in Jinja to imagine where this river runs and the history linked to this incredible waterway.

The peninsulas and islands of Lake Victoria are home to some luxury lodges where you can relax near the glistening waters and take tours around the lake to see some of the unique features and wildlife.