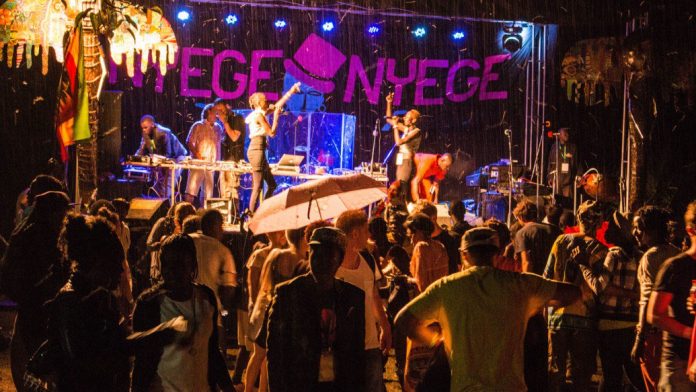 The Nyege Nyege Festival that often takes place in September along the great River Nile at Nile Discovery Beach was voted and listed among the World’s 300 best festivals. According to Everfest, every November fest300 staff remove 30 festivals from the list and they ask the International festival community to vote on 30 new festivals for the next year.

Screenshot of the African Festivals from Everest

Nyege Nyege is a noun that literally means ‘the feeling of an uncontrollable urge to move, or dance.’ Often referred to as the festival where nature meets music, and diversity of culture, religion, and whatnot, Nyege Nyege music festival has managed to attract a number of people from all over the world for the love of music, adventure, and socializing.

The festival started in 2015, and last year was an even more epic 3 Music and arts vacation. The festival is a 3-day gate away from the hustle and bustle of town to the Nile Discovery Beach in Jinja just along the World’s greatest and longest river- River Nile.

“Nyege Nyege takes it’s inspiration from the legendary World Festival of the Black Arts’ that took place in Dakar Senegal in 1966. An extended invitation from Uganda to the world.”- Website

Nyege Nyege often showcases the connections between Africa and the rest of the world Afro Diaspora with Cumbia from South America, vodou jazz from Haiti and underground hip hop from America, cosmic synths from Niger, and other music fusions synonymous with the African ear.

The Live music is often complemented with acts from some of the best DJ’s in the World and from different parts of the World leaving revelers dancing to the best of African beats rhyming to the flow of the great Nile. Last year, the festival lined up over 200 artistes from around the world and the 24/7 music presentations, DJ mixes, and instrumentation left people yearning for more- We guess this is what made the festival get listed.