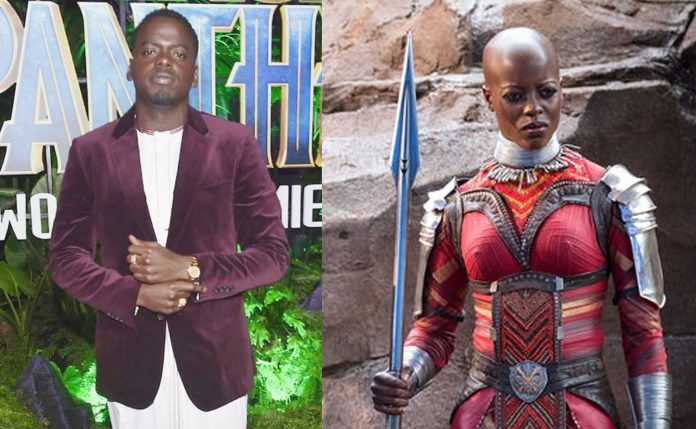 Unlike Nigeria, South Africa, and Kenya, Uganda is yet to prove to the rest of the world that it can carve a notable niche when it comes to producing international movie stars.

Nigeria takes the lead with notable movie stars being Nonso Anozie (Game of Thrones), Chiwetel Ejiofor (12 Years A Slave and Half of A Yellow Sun), Adewale Akinnuoye- Agbaje (The Mummy Returns, Pompeii, The Bourne Identity and Concussion), Uzoamaka Nwanneka (Orange is the New Black). The list is really, really endless.

Perhaps Uganda stepping in the Hollywood front line with two international actors of Ugandan origin on the main cast of the long awaited Black Panther,   is a very big relief. 90% of the stars will be Africans/African-Americans with this time having a woman (isn’t this long overdue?).

The two Ugandans on the cast are Florence Kasumba and Daniel Kaluuya. Kasumba will reprise her “Captain America: Civil War” role as Ayo, a member of the Dora Milaje and Kaluuya will play W’Kabi, a T’Challa confidant.

The duo join a “Black Panther” cast that includes Chadwick Boseman as T’Challa, the king of Wakanda and holder of the Black Panther mantle; Forest Whitaker as Zuri; Michael B. Jordan, who will play Erik Killmonger (a Black Panther nemesis); Lupita Nyong’o, taking the role of Nakia; and Danai Gurira as Okoye. Both Nakia and Okoye are of the Wakandan Dora Milaje, the “Adored Ones” and personal bodyguards of the Black Panther, recruited from every tribe of Wakanda. Chosen from rival tribes, their presences maintain a balance of power preventing civil war.

Winston Duke, who also recently joined the film’s cast, will play another villain for Black Panther to take on – M’Baku, described as “one of Wakanda’s most powerful warriors and one of T’Challa’s biggest rivals.”

We already profiled Florence Kasumba, a German actress of Ugandan origin living in Berlin (read her profile here). For starters, Florence Kasumba, that unnamed security guard in Captain America: Civil War, blew us away and now she’s about to do the same in Black Panther and later Wonder Woman which are all to be released in 2017.

Who is Daniel Kaluuya?

Daniel Kaluuya is an English actor, comedian and writer of Ugandan origin. He was born in 1989 in London, England to Ugandan immigrant parents.

He is also the leading man in Jordan Peele’s forthcoming race-driven psychological thriller, it’s very possible you’ll soon know the first-gen British-Ugandan actor as the next big name in Hollywood (you heard it first from us).

Florence Kasumba’s character in Captain America: Civil War was one of the most memorable new characters, despite her only having one line of dialogue. And now, she’s jumping franchises to Marvel’s Black Panther to steal the spotlight once again.