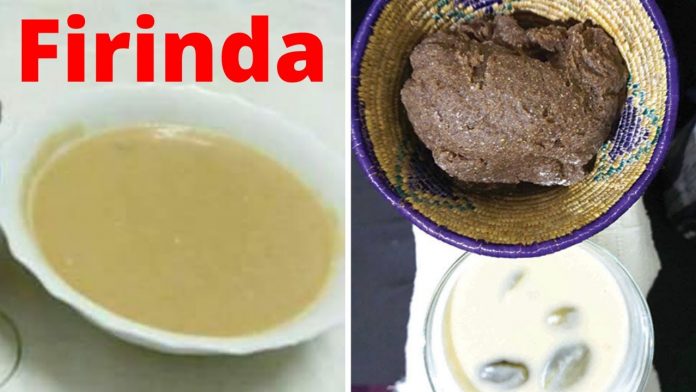 Firinda had never really been a common food in our home until recently when we all fell in love with its loveliness (raises eyebrow). My grandmother told me of the history of this amazing soup. Firinda comes from the far western part of Uganda and was a special soup prepared only at weddings because of its laborious preparation. It requires soaking the beans till the skin is soft (preferably overnight) and then peeling them one by one. Now before you close this post altogether, just know that despite the hard work that comes with making this soup, you will not be disappointed later on. I have discovered that the peeling process is the most tiresome but after that everything else is relatively easy.

What you will need:

In a pot, combine the peeled beans with water and let them boil over medium heat for thirty minutes. While the beans are boiling, chop the tomatoes, onions, and garlic. Set aside. After the beans have boiled for thirty minutes, Remove them from the fire. In another pot, pour cooking oil and after one minute, add the salt, ginger, and garlic. Keep stirring to keep from burning. Add onions and tomatoes. stir for three more minutes. Add the beans (with the water used for boiling them) and cover. Let them cook for another 20 minutes stirring occasionally till the beans are flaky (read: slightly disintegrating). Remove from fire. Using either a wooden ladle, a pestle, or potato masher (or anything that can mash really), mash the soup until it has a creamy consistency. Sprinkle the chopped spring onions in the soup and serve.

Contributed by Sophie, follow her blog akitcheninuganda.com for more.

Here is how you can make Sautéed Fresh Maize the Ugandan way!