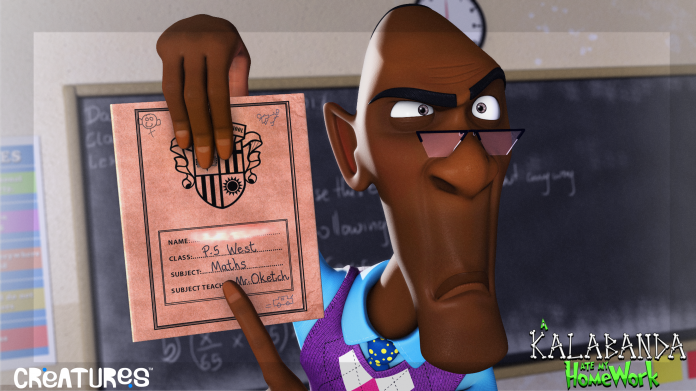 A new crop of animators and cartoonists in Africa are sparing no effort to put the continent on the map when it comes to the genre. From Ghana, to Nigeria, Kenya and South Africa, animators are proving that we don’t need to rely on external content for entertainment and education.

One Ugandan animation studio has now also joined the queue. Creatures Animation Studio is set to release a high quality animated short film made by Ugandans and for Ugandans.

The short film “A kalabanda Ate My Homework”, is a tale of a boy and his encounter with a Kakalabanda (a mythical creature that is said to haunt schools in Uganda) bringing a ridiculous twist to the infamous excuse “the dog ate my homework“.

Tendo, a pupil shows up to class one day without homework – claiming that a “Kalabanda” ate it. Who’d believe such a lame excuse? No-one! How will Tendo prove his story? And does this mythical creature really exist? All these questions are what to be answered when you get to watch the short film after it’s premiere.

On coming up with the idea of animation and A kalabanda Ate My Homework.

When Raymond Malinga decided to quit his well paying job in Malaysia two years ago and come back to Uganda, he knew that there was no turning back. His dream has always been to setup up an Animation company that employs local artists and focuses on making local content aimed at exporting our experiences beyond our borders in new and interesting ways”

“I quit my job in Malaysia to come back and start an animation company that will develop Ugandan animation films. Uganda, East Africa and Africa are blessed with a rich culture,experiences  and stories that have the potential to translate into impactful entertainment” Raymond explains.

In 2015, he started Creatures Animations Studio that is based in Kampala. The studio is now home to 8 animators who have been working hard to produce their first ever project- A kalabanda Ate My Homework. 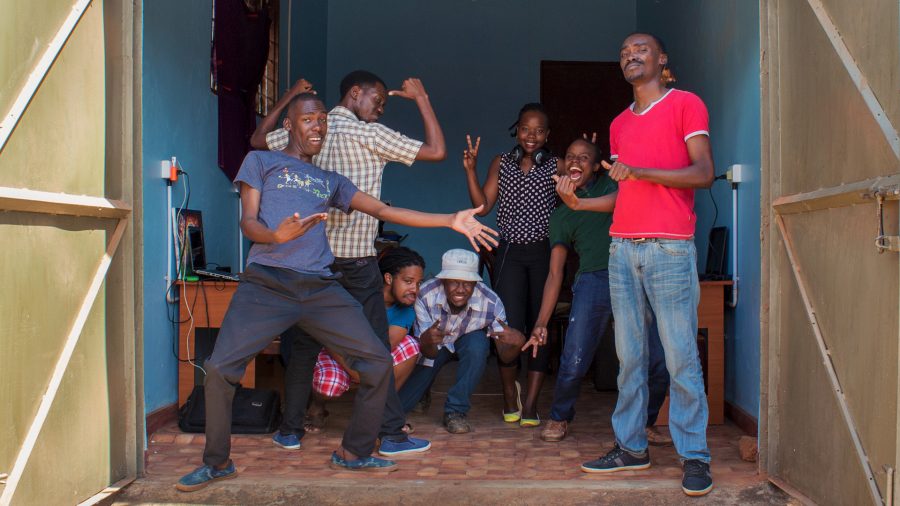 The team at Creatures Animation Studios

“A kalabanda Ate My Homework is an original concept that was inspired by creature that goes  by the kakalabanda and is unique to Uganda. I feel this uniqueness helps create value for our work. Our film is purely based on local characters and setting which Ugandans can relate to but also attempts to present the concept in an accessible way to anyone from beyond our borders” Raymond says.

Coming up with the film has not been an easy journey. Works started in 2015 and since the skill of animation remains unchartered  to many, a lot of time was put into mastering the script, training the voicing characters and also setting up a fully fledged team capable of building and developing future project. which is typical of a growing initiative.

Beyond A kalabanda Ate My Homework

The team plans on creating many more animated projects to serve the content needs of Ugandans.”We are planning on developing TV animated shows and feature films in the future and are determined to have them see the light of day.” Raymond says.

Raymond believes in sharing of knowledge and experiences and that is why he is training more young people to become animators to create a multiplier effect that will see the rise of an animation Industry in the country and the region.

“Our aim is to recruit as many animators as possible. We have schools teaching animations but students don’t have where to go after. Creatures Animation Studio is positioning itself as a destination for aspiring animators as a relevant employment platform” Raymond explains.

On the state and feature of animations in Uganda

Raymond believes the only challenge that is limiting the jump start of the animation innovations is lack of teams. Most animation projects require a lot of labour (teams) and creating a successful one very difficult if you’re an individual.

“The current local animation landscape is populated with good animators that can accomplish tasks only at a certain scale. Film is a collaborative effort, to pull off a project like a short film, a television show or a film in a consistent way requires a team. The more teams we get the faster the industry will grow.” Raymond emphasizes.

Raymond also teaches animation at the Artfield Institute of Design where he is training young animation talents to co-create and build a network of animators in the country.