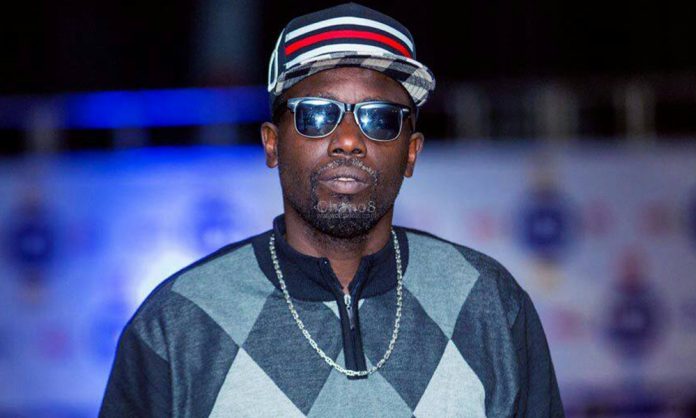 EDWIN Ruyonga is a man on a mission. Unarguably, he has redefined hip-hop in Uganda. He is known for his trademark beats, and great voice. He describes himself as a son, a brother, husband, father, friend, rapper and above all a Christian. In this day and age, where liberalism of the mind has taken centre stage and morals have been thrown to the kerb, his music is a tool to encourage the young people of Uganda to defy the culture of permissiveness and promiscuity to do the right thing.

His message is to tell people that it is a cool thing to have good morals and to have options, ‘sorry, we’re monogamous over here mami’ is a line from one of his songs. The young people are busy trying to fit into the party but he believes that just because everybody is doing it doesn’t mean it is right. Life presents options to people to stand out and be true to themselves, to do the right thing. He is a firm believer that everybody needs to allow themselves the space to be upright and to do something not because it is popular and everybody is doing it, but because it is the right thing to do.

His unfeigned reverence for the Lord drives him through the day-to-day struggles that arise from being a hip-hop artiste. ‘There is no secret around it. God has created space for me to keep doing music. I work hard, I believe I’m good at it, I’m passionate and God keeps me going’

The demand to fit into the hip-hop lifestyle is a battle he challenges everyday. He has to deliberately remain watchful of the things around him, make daily choices to stay on a clear path and focus on the mission.

Undeniably, the hip-hop environment is wild; it is about sex, money, smoking, alcohol, permissiveness, and extremely high adrenaline. The choice to remain sober is harder than he ever imagined but he has had to separate himself, confront his past and dare everyday to be true to himself and God to live the notion that; ‘The popular way of doing things isn’t always the best way’.

The lofty looks and pointing fingers of his fellow Christians have not spared him either. That is another battle. Many times he is criticized for performing on secular platforms. But he is convinced that he is sent to minister to human beings not to Angels. Music is universal and if his message has to be heard, it should not be limited to a certain audience. Here are some of the Lyrics of a song he did in collaboration with with Kahiri to settle the dust.

‘Sometimes I just gotta come through and see my buddies

You know, the ones that got me through all of them bad days

But I no longer sip the brew or smoke the zales

See that liquor we would sip by the litre

We used to burn them blunt sticks by the metre

We all gotta grow up sometime wankyenga?

So now I go to church on Sunday, work on Monday

Home bills piling gotta work them off some way

Growing old is a given, growing up is a choice

mwana wange by ruyonga and kahiri

‘That is how I’m encouraging change in my society, Fighting for that space for someone to be a virgin until they get married, to drink a soda or water when everyone else is drinking a beer, there is no reason why you can’t live healthy, be civil, be monogamous and it is okay. No one should kill you for that.’ we all want to be the same and yet God created for us to be different. He is a creative God. So we all shouldn’t try to be the same.

In the presence of so much to believe in, so many doctrines in the Christian faith that bring mental chaos, he is a strong believer in the friendship between God and Man. He has chosen relationship with God rather than religion ‘God is not the author of confusion.’

Definitely Ruyonga is one of the best rappers we have in Uganda right now and he urges the dreamers and upcoming rappers to believe in their dream, and most importantly to “seek the kingdom of God and everything else will fall in place.”

‘Massive shout out to everyone reading this, to my fans, my mother, my wife Sheila and baby Michelle, to my family, and to all the people that aspire to be different, who are fighting for it to be okay to be different, people who are faithful to God, those people change the world”